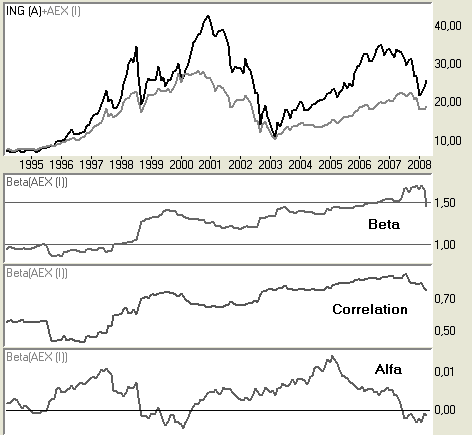 The beta is designed to indicate a stock’s risk in relation to an index. It is common to calculate beta on the basis of monthly prices over a period of 60 months (five years), but it is also possible to calculate beta over other prices and periods. Beta shows relative volatility (systematic risk), with 1 being by definition the volatility of the relevant index (for example, the AEX Index). A beta larger than 1 means that the stock is more volatile than the index, and a beta smaller than 1 suggests lower volatility. Because beta is relative, it indicates how much greater or lesser the risk is of a given stock. For instance, a beta of 1.15 signals that the stock is 15% more risky than the index. By the same measure, a beta of 0.7 points to the stock being 30% less risky than the index. Theoretically speaking, negative beta is also possible: this means the stock is moving in the opposite direction to the index. 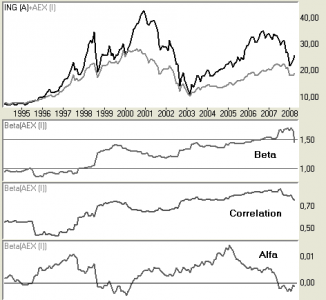